Home > Monuments > Museum of Capodimonte and the Real Bosco

Museum of Capodimonte and the Real Bosco

The most important place, however, is the Palace of Capodimonte, built in the eighteenth century at the behest of Charles of Bourbon, now houses the National Museum of Capodimonte, a place full of works of art of world importance. 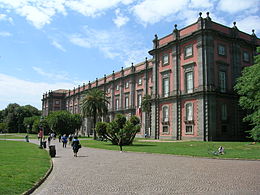 It is to be considered as a universal museum; in fact, its collection covers a large part of the history of art, from antiquity to the present day (in fact, its collection of contemporary art is very important). It is divided into sections, divided into three levels, and contains the famous Farnese Collection, inherited by Charles III from his mother Elizabeth Farnese, grandson of the last owner of this immense heritage Antonio Farnese, Duke of Parma and Piacenza.

The collection includes works of immense historical and artistic value, such as the Danae by Tiziano Vecellio, the Antea by Parmigianino or portraits by Raffaello Sanzio, to name but a few. These and many other works can be visited on the first floor of the Bourbon Palace.

Another important collection is that of the so-called Neapolitan gallery, which preserves works from the Middle Ages until the beginning of the twentieth century, all these works come for the most part from churches and institutes of worship and have been museumized for reasons of conservation and protection. Among the most important works in this collection there is certainly the flagellation of Christ by Caravaggio and the San Ludovico da Tolosa crowning his brother Roberto D’Angio by the Sienese painter Simone Martini. This section of the museum can always be visited on the second floor of the Palace. 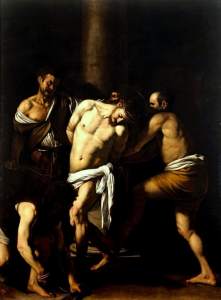 In addition to the various collections containing pictorial and sculptural works, it is possible to visit: the royal apartments, the Royal Bourbon Armoury, the porcelain gallery, the porcelain parlour and the tapestry room.

The royal gardens of Capodimonte

The park of Capodimonte, also known as Real bosco di Capodimonte is the largest green area of the city of Naples and among the largest urban parks in Europe. It is protected by a large city wall that runs almost entirely along it, and is accessible from the outside through three large entrances: Porta Grande, Porta Piccola and Porta Miano. Two other doors, Porta Caccetta and Porta di Mezzo, divide the different internal areas of the wood from the gardens behind the Museum. 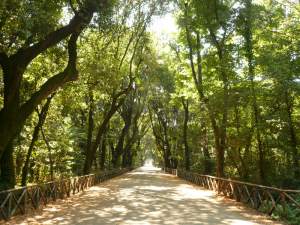 Large avenues, designed by the architect Ferdinando Sanfelice, become the access roads to the inner areas of the forest, where there are several historic buildings including royal residences, hunting lodges, workshops, warehouses and churches, as well as fountains and statues, and other items of furniture.

The main buildings that we can find in the woods are: the pheasant shop, the roccolo, the princes’ building, the queen’s house, the church of San Gennaro all’Olmo, the cisternone, the porcelain factory, the stables, the gallop, the cellaio and two capraie.

Visiting the woods is a great idea to stay in touch with nature and culture within the city of Naples.

INFORMATION Address: Via Miano, 2, 80131 Napoli NA Orari: Mon-Sun 8.30-19.30 (Wednesday closing day) – € 12 full – € 8 reduced for visitors aged between 18 and 25 years – € 4 second floor museum ticket including exhibition on days with free admission and for holders of artecard. Free entrance for children under 18 years of age