Home > churchs > The Duomo of Naples

The Duomo of Naples

The Duomo of Naples is one of the most important religious buildings of the city, both for its centuries-old history and the symbolic value of the ceremony of the dissolution of San Gennaro’s blood. Its official name is the Metropolitan Cathedral of Santa Maria Assunta. 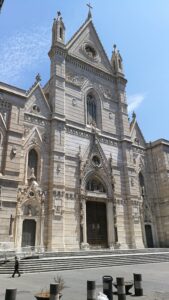 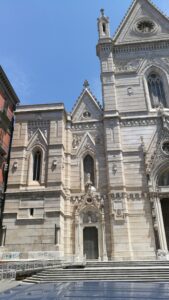 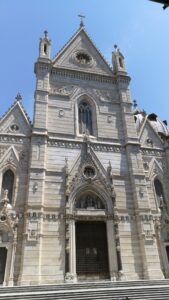 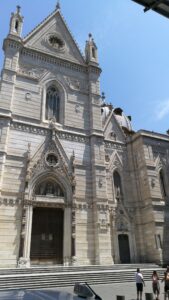 The first religious structure to be built on the site, according to hagiographic sources, is attributed to Saint Peter. 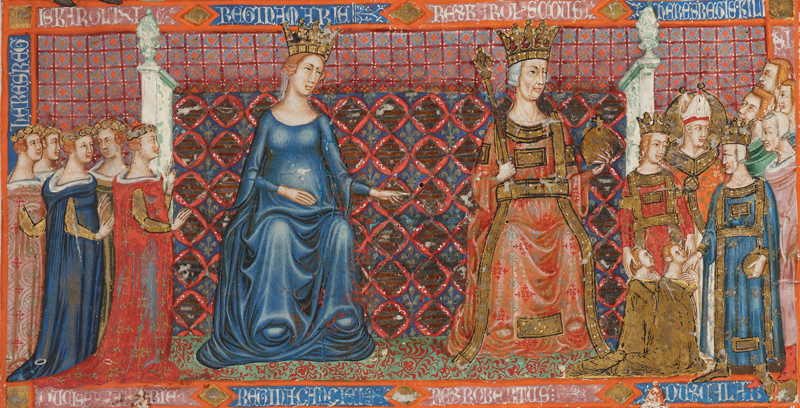 King Charles II of Naples, son of Charles I of Anjou, and Archbishop Giacomo da Viterbo in the 13th-century commissioned the building of the Duomo. The cathedral was completed in 1313, and about a year later, in 1314, it was dedicated to Our Lady of the Assumption.

French architects and local and Italian workers participated in its construction. Among others, Tommaso Malvito, Francesco Grimaldi, Errico Alvino, Tino di Camaino, Luca Giordano and Francesco Solimena contributed to the splendour of the cathedral.

The current appearance of the building is the result of many rebuilding that occurred over the centuries since earthquakes and other historical events partially destroyed the original structure.

The architect Errico Alvino gave the facade a neo-Gothic look towards the end of the 19th-century.

The facade is visually divided by 3 portals which create a correspondence with the 3 internal naves. The central portal is supported by two beautiful lions from Tino di Camaino, a famous Italian sculptor active in the 14th-century.

The right portal is traditionally open only on special occasions, such as during the festivities for the celebration of San Gennaro.

The Duomo has a Latin cross layout, divided by three naves. These are about 100 meters deep, just like the original 14th-century structure, and are interspersed with 8 granite pillars. Numerous side chapels divide the lateral naves. 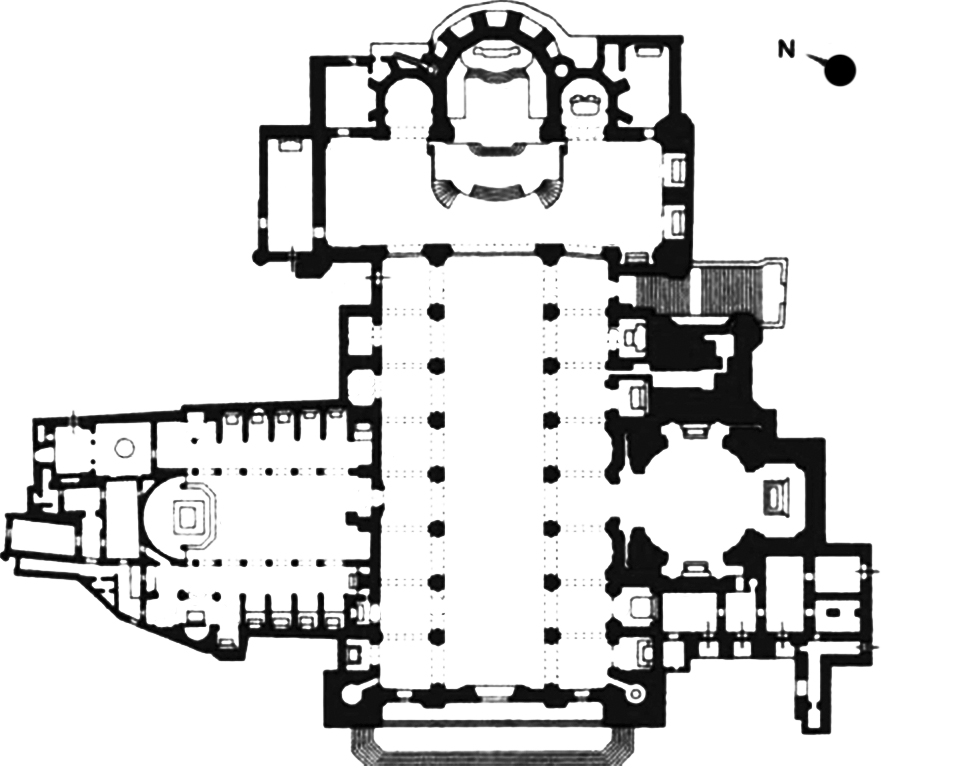 The 16th-century wooden ceiling, carved and gilded, was commissioned by Cardinal Decio Carafa and presents paintings by Fabrizio Santafede and Girolamo Imparato.

Italian architect Domenico Fontana designed the counterfacade in 1599. It features the tombs of the Angevin kings Charles I of Anjou, king of Naples, Charles Martello of Anjou, titular king of Hungary, and his wife Clemenza of Habsburg.

Among the many chapels of Naples’ Duomo, you cannot miss the following ones:

The Basilica of Santa Restituta is a magnificent early Christian monument, integrated into the construction of the Duomo and modified over the centuries.

It is located on the left nave of the Duomo and divided into 3 naves separated by Corinthian-style columns. The chapel’s decoration also features early Christian elements like the Baptistery of San Giovanni in Fonte and baroque elements such as the altar and the apse. You can also admire some paintings by Luca Giordano.

Baptistery of San Giovanni in Fonte

The Baptistery of San Giovanni in Fonte is an early Christian baptistery. It can be accessed through a door along the right side aisle of the Basilica of Santa Restituta.

The vault and the drum are decorated with mosaics dated to the 5th century and made by local artists. The mosaics feature a predominant shade of turquoise blue and green, with gold parts. Today you can admire some fragments dedicated to stories related to the rite of baptism.

The Succorpo Chapel, also known as San Gennaro chapel and Carafa chapel, is a Renaissance chapel commissioned by Cardinal Oliviero Carafa. In 1497 he brought to Naples San Gennaro’s relics from the Sanctuary of Montevergine in Avellino. Today the relics are contained in an urn under the central altar of the chapel itself.

The chapel was restored in the late 19th century by a member of the Carafa family, who still owns it today. It is completely covered in marble and divided into 3 naves.

In the central nave, there is the sculpture of Oliviero Carafa in prayer, patron of the chapel, and buried there.

Chapel of the Treasure of San Gennaro

How to get there and opening hours

The Duomo of Naples is located between Via dei Tribunali and Via Donnaregina, in the historical center of Naples, on the homonymous Via Duomo.

You can easily reach it on foot. The nearest Metro Line 1 stops are Duomo and Piazza Cavour.

The entrance to the Cathedral of Naples is free, and the opening hours are: