The hill of Pizzofalcone is a magical place where myth, religion and history come together.
Beetwin MOnte Echia and Megaride isle where is Castel dell’Ovo, laid the foundations of the city of Neapolis, and in the I century B.C. was built the great villa of Licinio Lucullo, which remains you can admire right under Mount Echia. 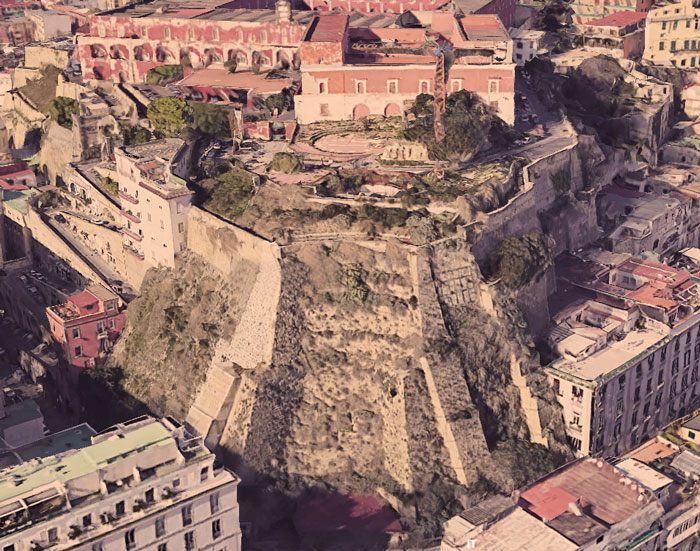 Nearby were excavated the famous Platamonie caves, which you can see now through an ancient Greek road.

Platomonie caves, located along the coast of the Saint Lucia’s village, are the result of water erosion operated on the rock over the years. Their name comes from the greek word “Platamon“, terms that refer to the origin of the caves. 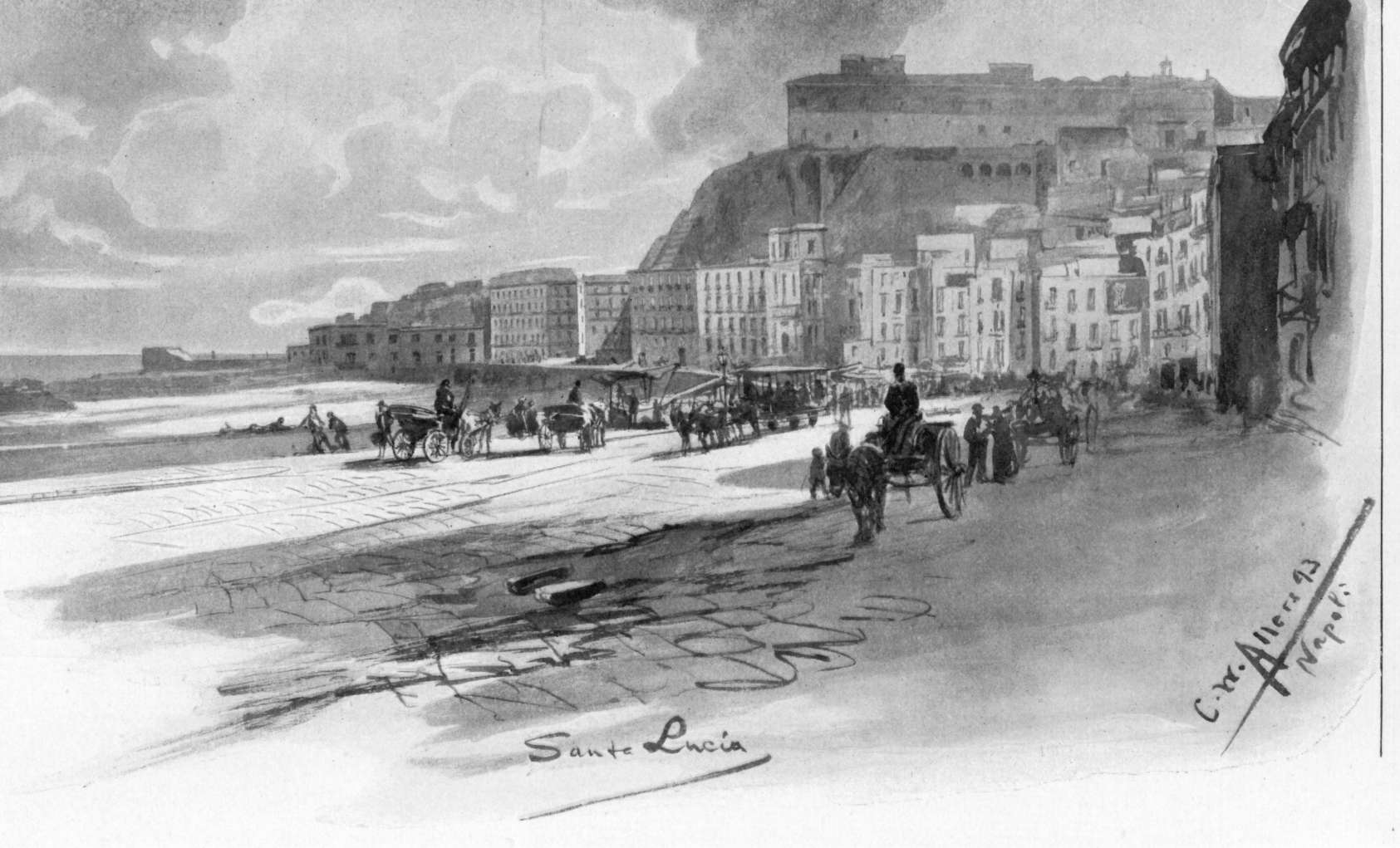 Some of them were used for the breeding of eels, but their reputation is tied to a particular orgiastic ritual, which took place inside the caves several times a year: it consisted in the encounter between a maenad crowned with algae and a Hierophant who fertilized her. 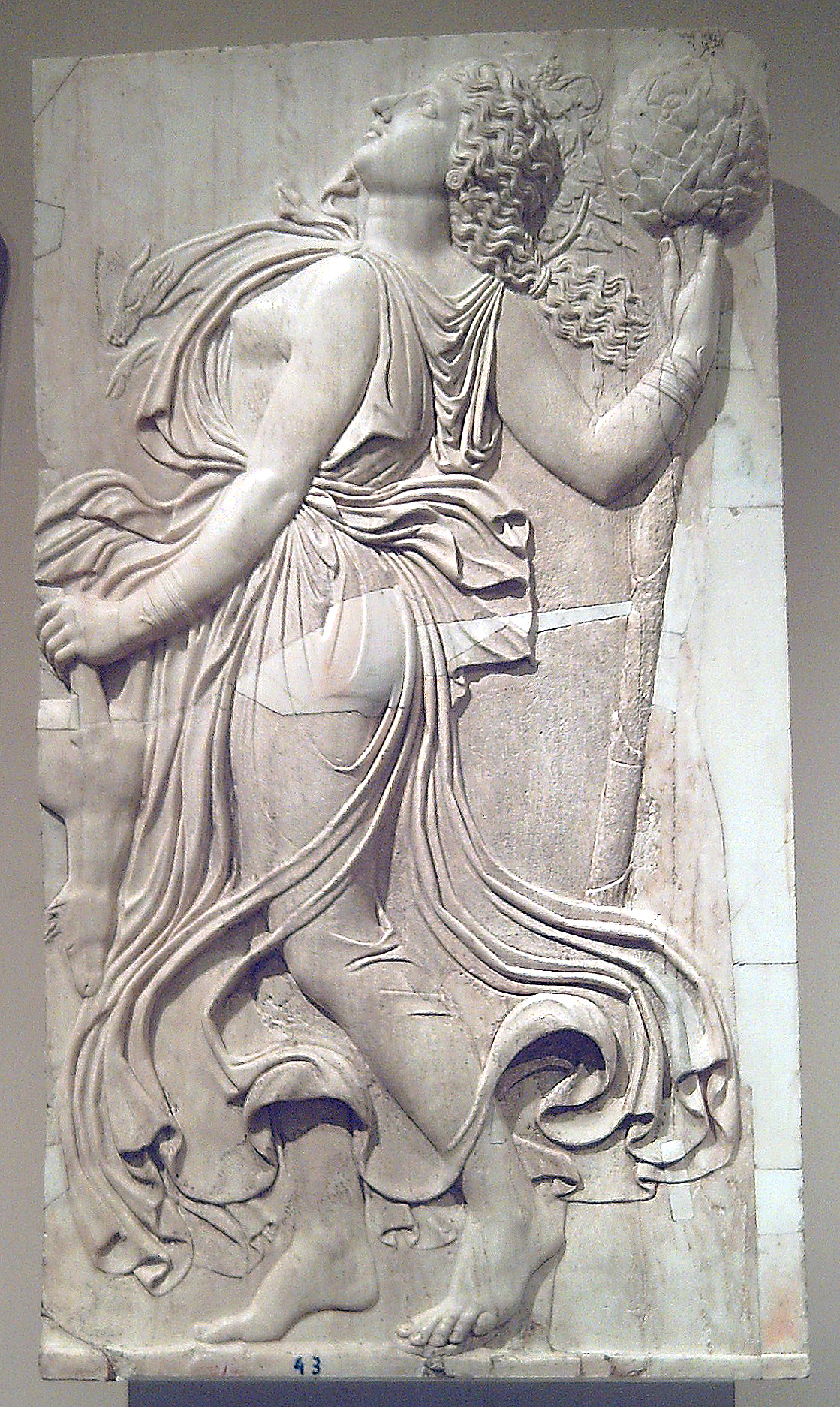 Di Luis García, CC BY-SA 2.0, Collegamento
The tradition of this ritual goes on until the fifteenth century, even if the modalities changed: it resembled more to a wedding ritual, in which bride and groom consumed their wedding in front of the members of the cult, whom in the meantime singed and burned scented essence in tripods adorned with winged phallus, similar to the ones founded in Pompei.

The Platamonie caves were also used by the criminals which hide themselves and smuggled goods in it.

Reserve a guided tour of the city