The Pio Monte della Misericordia Museum is one of the oldest complexes in the Partenopean city. Born as a charitable institution in the period of the Counter-Reformation, at the behest of a group of young Neapolitan nobles. The Pio Monte della Misericordia today houses inside magnificent paintings of the Neapolitan school of the seventeenth century, including the canvas of the “Seven Works of Mercy” by Caravaggio and exposes to the public one of the most important private collections in Italy.
The ancient building has a wide and amazing space: on the ground floor there is a piperno porch composed by five arches; on the left of the porch, instead, we find the access to the second floor that leads to the Picture Gallery of the Pio Monte della Misericordia composed by ten rooms. 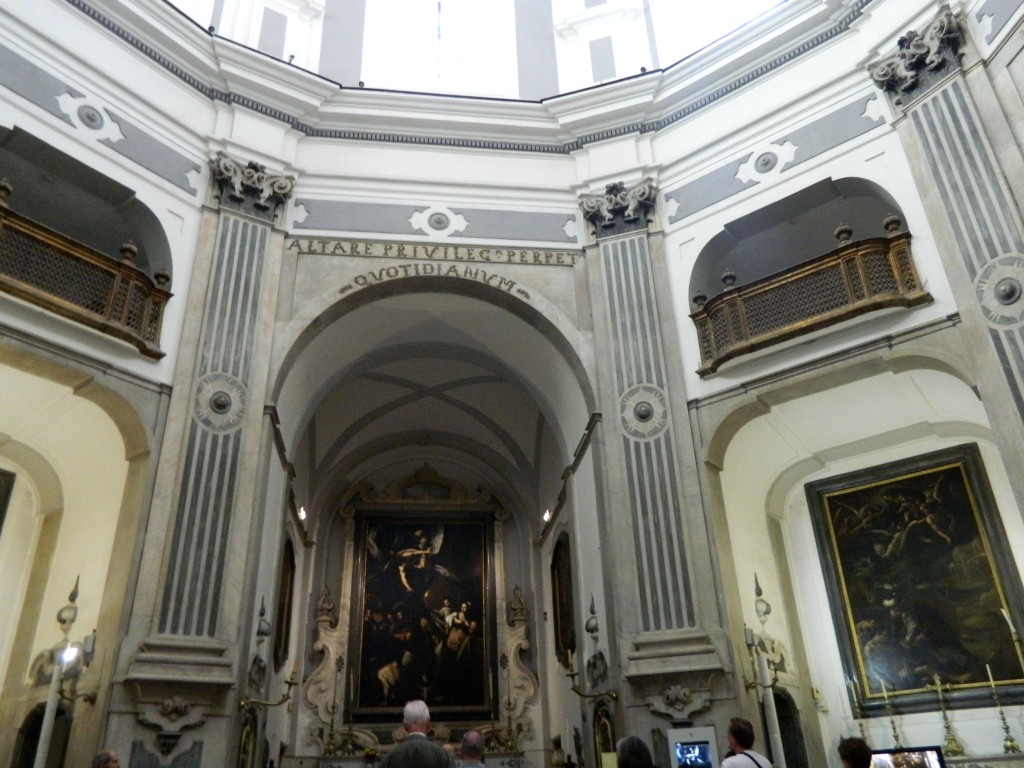 The second arcade leads to the seventeenth-century church with an octagonal plan, designed by Francesco Antonio Picchiatti. As soon as you cross the threshold of the church, you are pervaded by a magnificent atmosphere that takes you back in time, to when the Pio Monte della Misericordia was founded to exercise its noble activities of mercy. All around, six chapels under majestic arches, illuminate and expose paintings by Battistello Caracciolo that individually illustrate the works of mercy that were and are still exercised by the institution, but first, the eye is attracted and focuses on the high altar, behind which is exposed the canvas of The Seven Works of Mercy, a masterpiece by Caravaggio. What immediately strikes you about the canvas is that it looks like a scene taken from everyday Neapolitan life, in its narrow, crowded alleys, surrounded by a theatrical air of “the Neapolitan comedy”: the burial of the dead, the visit to the prisons, the pilgrims, etc., and above the Madonna and Child overseeing Naples and the noble soul of its people.
The second floor, opens the doors to a fascinating non-museum unexpected path: that of the Quadreria, its living rooms and the 140 unique paintings resulting from donations of the sixteenth and seventeenth centuries. On display is the copious collection of the painter Francesco De Mura, donated to the Pio Monte della Misericordia in 1782, and the works of art donated by Maria Sofia Capece Galeota in 1933.

One last detail… In the hall of Anteroom II there is still the large round table around which the seven founders of the institution used to meet. Even today, descendants of their respective families gather at that same table to discuss ongoing and upcoming activities, exhibitions, and events. Now, as then, the flame of “pietas” distinguishes the essence of the true Neapolitans.

Reservations are required only for groups of 10 or more.